Friday, 10/Jan/2020
The 58th Open of Portugal will be held on the Royal Obidos Golf Course from the 17th to the 20th of September. 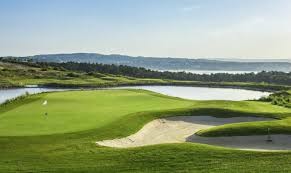 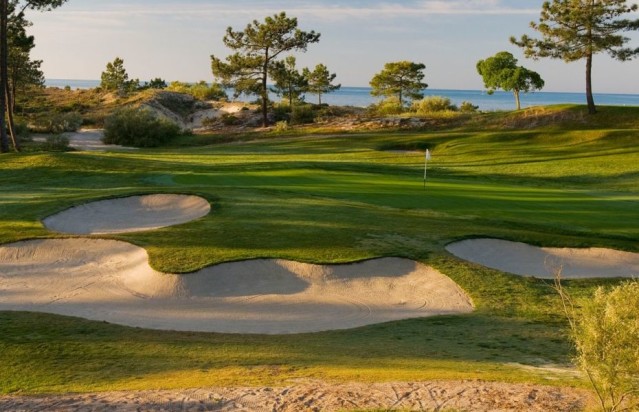 Monday, 28/Jan/2019
For the first time in its short history the GolfSixtes is to be held outside the UK and this year it will take on the Oitavos Course, located outside Cascais close to Lisbon. The event will take place on June the 7th and the prize money involved is € 1,000,000.00. Details of the format and those countries entered will be released nearer to the date of the event.

Friday, 4/Dec/2015
The Algarve has once again been awarded one of the world’s best golfing locations. This award was gained in November at the World Golf Awards. Portugal’s best golf course was this year awarded to the Royal Óbidos to the north of Lisbon.

Sunday, 1/Sep/2013
For any golfer who is planning to be in Lisbon on the 14th of September may wish to participate in the 4 Star Sofitel Hotel Avenida Liberdade golf competition which is to be played on the Aroeira I Golf Course. Entry fee is only € 53.00 for the green fee, drinks at the course, hotel welcome drink, dinner and prizes.

Sunday, 1/Apr/2012
Close to Obidos and to the north of Lisbon, the 18-hole Royal Obidos championship course has become another outstanding addition to Portuguese golf world that has now opened for public play.

Thursday, 1/Jul/2010
Thomas Bjorn - (Denmark) Estoril Open de Portugal Penha Longa - Sintra - Lisbon - Portugal - 10th to 13th June, 2010 Thomas Bjorn returned to winning ways in fine style with a comprehensive five shot victory at the Estoril Open de Portugal. The Dane saw off a fine challenge from Richard Green with a closing 68 for a 23 under par aggregate total of 265. Australian left-hander Richard Green got within one before a decisive swing in Bjorn 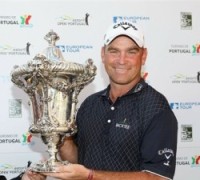 Friday, 1/May/2009
Michael Hoey - (Northern Ireland) Estoril Open de Portugal Oitavos Dunes - Cascais - Portugal -2nd to 5th April, 2009 Michael Hoey secured his maiden win on The European Tour as he defeated Gonzalo Fernandez-Castano in a play-off to capture the Estoril Open. Hoey holed a six foot par putt on the third extra hole to defeat the Spaniard. Earlier, the Northern Irish golfer produced one of the rounds of his life to surge to the top of the leader board with a 5 under par of 66, and having started the day five shots off the lead in the 19th position. Hoey climber to Nº 148 with a jump of 125 places. 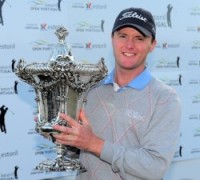 Thursday, 1/May/2008
Gregory Bourdy - (France) Estoril Open de Portugal Oitavos Dunes,Cascais,Portugal - 3rd to 6th April, 2008 Gregory Bourdy, who began the final round in the Estoril Open of Portugal 2008 with a four stroke advantage over his playing partner, had looked down and out as he reached the turn in three over par for the day and allowed a host of players to overtake him at the top of the leaderboard. He was not to be denied though, as he dug deep and rediscovered the swing that had seen him dominate the first three rounds at the Oitavos course. Gregory Bourdy began his recovery with a birdie on the tenth hole, adding another on the 11th before taking advantage of two back nine par fives to pick up a further two strokes and move to 18 under with two holes to play. Alastair Forsyth, meanwhile, staged his own comeback after dropping two shots in his opening six holes. The Scotsman covered his remaining 12 holes in a stunning seven under par, including birdies on the two toughest holes on the course – the 17th and 18th – to set up a three way play-off. All three men made par on the 18th at the first extra hole, meaning they went back to the tee to do it all again. A pulled drive meant Alastair Forsyth could only manage a bogey five at the second time of asking, leaving Gregory Bourdy and David Howell to fight it out for the top prize. The pair halved in four once more before being taken to the 17th to try and determine a winner. Gregory Bourdy left his approach on the front edge of the green, some 30 feet from the hole, while David Howell slightly pulled his four iron second to the left of the putting surface.  The Englishman then played a poor shot leaving himself a 20 foot par putt. With Gregory Bourdy rolling his ball to within 18 inches of the cup, David Howell had to save his par to keep the tournament alive but the Englishman’s effort slipped agonizingly past to allow Gregory Bourdy a tap-in for victory. 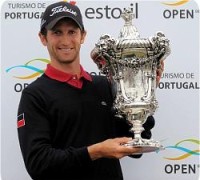 Friday, 1/Feb/2008
The Tagus Golf Society staged the annual Ron Newstead Cup in February on the Estoril Course. The winners were Dick Betts and Max Zimmerli with a net 64, whilst, Jimmy Gray and Henk Vaandrager took second place with 67 strokes.

Tuesday, 1/Jan/2008
On 7th December the Estoril Course was the home of the annual

Thursday, 1/Nov/2007
The Troia Golf Course closed on the 25th of October for restructuring and improvements. The reopening date is set for February 2008.

Monday, 1/Oct/2007
The Belas Golf Course just north of Lisbon, was the scene of the semi-finals of the